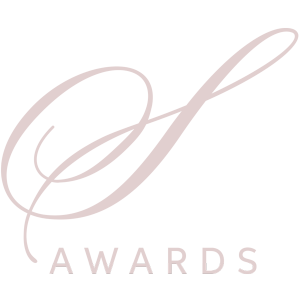 “Raison d’Art literally means the "reason of art", a play on the French "raison d'être" which translates to "the most important reason or purpose for someone or something's existence." In essence, Raison d'art brings the deepest meaning of art, our humanity, to each project."

Nathalie Hazan is the Founder and President of Raison d’Art. In the past 25 years, she has worked as a social entrepreneur, an artist and a psychotherapist. Her love for art and her commitment to societal change are the driving forces behind her work. Her primary focus is violence prevention through intervention within the educational system, using art and technology as primary tools.

She has collaborative art projects for Canadian and international clients in France, Switzerland, Israel, Hong Kong and the United States. Raison d’art school projects include Dawson College, HEC Montreal, McGill University as well as over 30 elementary and high schools across the Island of Montreal that participated in an official project for the 375th anniversary of Montreal (www.up375.com). Most recently, Raison d’art was awarded a million-dollar grant for a 5-year national project to prevent gender-based violence in schools.

Raison d’Art’s underlying mantra is to work collectively so that art can be created at a scale that makes ambitious ideals, such as peace, attainable.

Our Interview with Nathalie

WHAT DOES BEING COMMITTED MEAN TO YOU?

Commitment to me has always meant an intuitive feeling that I hold deep in my gut, the same way one would hold empathy in our hearts, grief behind our eyes, or intelligence in our heads. My simplest definition is: “Never giving up on something you believe in deeply.”

You’ve been involved with ART and SOCIETAL CHANGE FOR MORE THAN 25 YEARS NOW. Can you tell us more about your commitment? Why ARE you SO commitTED to this?

As a child of Jewish immigrant parents from the Middle East, I strove to find equality in the North American context I was born into. As a teenager seeking acceptance with my peers in a Montreal high school, I got lost exploring a false identity scripted by media. In my twenties working in the fashion industry, I became a hidden statistic: one in three women that were sexually abused. I turned to art as healing and quickly moved towards its use as a therapeutic technique with others, running sexual abuse groups for psychiatric out-patients and working in family shelters. I guess it is fair to say that that I have been – at times inadvertently – involved in the prevention of violence for a long time.

As a young woman, I decided that instead of letting these experiences beat me down I would allow them to inform my learning and work towards changing the status quo. First, I committed to education – moving from a Masters in Art therapy to a postdoc degree in Couple and Family Therapy. I worked in schools, in community centers, institutions, and in private practice trying to impact the systems that maintain a stronghold on violence while guiding and engaging the next generation in the fight.

Looking back, the first tipping point of this commitment happened in the collective creation of the art wall for Dawson College on the occasion of the 5th anniversary of the shooting there. From that point on, I continuously sought to develop more extensive projects, engaging more people, more schools, and more organizations, using art and technology as my tools to create empathy, inclusion and an increased understanding to prevent the opposite. In Martin Luther King Jr.’s words: “Darkness cannot drive out darkness; only light can do that. Hate cannot drive out hate; only love can do that.”

My commitment to prevent violence led me to understand that we are intrinsically all involved in the solution. I address this in my project PortraitX, by connecting multiple levels in the public and private sector: clinical research, technology, art, culture, and education, while focusing on supporting relational skills. Building this particular project at this broad scope is an excellent opportunity to help make a world where fear and hatred are reduced.

What/whom is most impacted by your cause? How do you measure the impact?

Ultimately, I work in improving social relationships at large. Research shows that in addressing pivotal points in development, teaching social-emotional skills and shifting educational norms, sustainability is achieved. As such, my work focuses on children in schools and the ecosystems that support them (peers, schools, families, communities, etc.). In partnership with a research team at McGill University, I will have rigorous, ethics approved research which looks at changing the attitudes of youth, on-line and off-line, that can lead to gender-based violence.

You are a social entrepreneur, an artist and a psychotherapist. How does your commitment reflect on your career?

It is hard to pigeon-hole my professional title. I am an art therapist, a psychotherapist, a couple and family therapist, a creative director, an artist, but mostly I am a woman trying to help create a world where peace prevails, and the next generation can see gender, race, and condition, not as the substance of who we are but rather the potential of who we can be. My commitment is humanity.

As a woman, how does your cause reflect on your personal life?

The phrase feminine feminist is reflective of the place activism has in my personal life. I undertake to uphold the strength and qualities of being a woman as I see it, a mother, a wife, a mentor, a friend (not necessarily relying on social stereotypes) but I also focus of being a clinician, a social entrepreneur, and an artist with a cause. I hope that I model a shift in gender identity for my family, in particular for my daughters and son.

What impact does it have on your day to day job?

I am happy to say that my day to day job is my cause and vice versa. Untangling both of these is hard. I strive to align myself in all my work with what I believe will be of service to the greater good of my context.

Ten years from now, what goal do you want to have reached?

In 10 years from now, my goal is to shift the educational system to include social-emotional learning in the curriculum, powerful and creative tools in the classrooms, and training for best practices in the use of technology for digital natives. The platform that this particular project will develop is the baseline for a research-driven product that will inform these goals. Ultimately, I am aiming to reach equality and peace, through less violence.

What legacy do you intend to create with your commitment to your cause?

Raison d’art’s overall commitment is to create meaningful collective art experiences in the service of education, culture, and community. The legacy of this organization will be a sustainable research-based intervention for schools to prevent violence – art tech for social learning.

Do you know how it feels to be so dedicated to a cause that it consumes your whole being, your every waking moment, and all of your thoughts—even when the world tells you, you’re crazy? You or someone you know may be our next recipient – maybe your neighbor, your cousin or your friend is among these selfless women committed to making a difference in the world. We are sure somewhere around the world; there are many special women living this definition of commitment. Nominations for the Simone Awards 2020 are now open.